Bitcoin’s market dominance is trending downwards since September 2019.
The crypto’s top rivals have posted better year-to-date returns after Coronavirus-induced sell-off in March 2020.
Top analysts have called for an altcoin season to begin this Q2.

The Bitcoin Dominance Rate, a ticker that tracks bitcoin’s market share against rivaling crypto tokens, has fallen from 73.02 percent to 64.66 percent in just seven months.
Each of bitcoin price rally since September 2019 saw its dominance heading higher but for a shorter timeframe. Traders lately used their bitcoin profits to purchase rival cryptocurrencies, shifting the capital weight from top to lower-ranking assets. That, as well as direct fiat inflows, helped many crypto tokens to register better gains than bitcoin.
In a research published in February 2020 – before the March crash – crypto exchange Binance wrote that it was seeing a spike in altcoin perpetual contracts following the bitcoin’s gains in January 2020. The firm noted that traders were later buying altcoins to “chase rallies.”
Data on Messari.io shows that Chainlink, the eleventh-largest cryptocurrency by market capitalization, was up by 111.70 percent on a year-to-date (YTD) timeframe. Likewise, the tenth-largest Tezos surged circa 95 percent, and the fifth-largest Bitcoin SV climbed 99 percent in the same period.
Bitcoin Dominance on a downward slope since Sep 2019 | Source: TradingView.com
The trend was similar across the top-ten altcoin index. Ethereum posted 43.42 percent YTD profits, while Binance and Bitcoin Cash returned 18 and 16 percent gains, respectively. In comparison, bitcoin was able to climb by only 4.33 percent, proving that traders found its rival crypto assets more attractive so far into 2020.
Altcoin Season
An outperforming altcoin market prompted a few top analysts to predict a so-called “Altcoin Season” in 2020. Crypto analysis group Income Sharks noted that all the bitcoin rivals have jointly entered an “altcoin zone,” adding that their market cap together could touch the $88 billion mark in Q2.
Altcoin market cap projected to hit $88 billion | Source: Income Sharks
“Altcoin market cap looking even more bullish,” tweeted Income Sharks. “Pushing up higher into what I like calling the “Altcoin zone”. This is the same zone where we saw the mini altcoin season a few months ago.”
The statement also comes in the wake of investors’ growing appetite for higher risk-reward assets. The fast-spreading Coronavirus pandemic has led unprofitable investors to extract profits from volatile assets. Cryptocurrencies, criticized for their low liquidity and wild price fluctuations, offer just that.
Flawed Crypto Metric
An Altcoin Season does not typically translate into a bearish bitcoin phase. Arcane Research, in a study published last year, found that bitcoin’s dominance is different from what the data aggregators usually report, noting that most of them do not consider the market’s liquidity while measuring dominance.
“One might be able to sell one token for 3 dollars, but what happens if you want to sell 1 million? Without accounting for liquidity, market capitalization becomes a meaningless measure,” the firm wrote.
That leaves altcoin pretty much in the hand of bitcoin. The cryptocurrency, even with limited profits, continues to behave as a predictive indicator. If it rises, then altcoins could rise as well. The same applies vice versa.
Photo by Thought Catalog on Unsplash 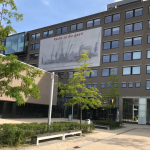